Colorado, Wyoming dig out of worst blizzard in nearly a century

About 3,700 passengers waited for Denver International Airport to reopen as the snow tapered off in most spots along the Front Range. Airport officials said they expected to open one runway by 10 a.m. local time. Many schools, however, stayed closed Thursday.

''We all got to know each other today, and shoveled each other out,'' said Joanna Sinnwell of Greeley, Colo., who was on her way to the Copper Mountain ski resort with her family but had to stop when interstate 70 was closed.

With 1,500 plows working, Interstate 70 was reopened Thursday from Denver to the Kansas border, and I-25 was back in service from Wellington north to the Wyoming border. Fifty-six miles of I-70 remained closed in the mountains west of Denver, however, along with parts of I-25 and I-80 in Wyoming, isolating some communities.

National Guard troops had to rescue stranded motorists, and even letter carriers stayed home. About 1,500 highway travelers took refuge in Red Cross shelters, and others bundled up in motels.

On the bus, Boomer said, ''We slept and did nothing.''

An avalanche closed the road to the Eldora ski area northwest of Denver, stranding about 250 skiers and employees, who spent their second night Wednesday sleeping on floors.
Avalanche danger kept them from enjoying the new snow. ''It was torture looking at the slopes all day, but they were worried about safety,'' 17-year-old switchboard operator Kim Varela said.

Snow caused more than 110 roofs to collapse in Denver and Boulder. A man's leg was broken when part of his apartment collapsed after the roof of the nightclub next door collapsed.
Snow was also blamed for a rip in the tent-like roof of the airport's main terminal. The building was evacuated until officials determined it was safe.

At least 200 workers were clearing snow from the airport. Even chief airport spokesman Chuck Cannon was driving a snowplow, assistant airport manager Amy Bourgeron said.
Colorado Springs Municipal Airport, about 60 miles to the southeast, received only about 2 inches of snow and remained open. The men's basketball teams from the University of Vermont and University of Colorado flew from there to reach their NCAA tournament appearances in other states.

Wyoming state workers in Cheyenne were also told to return to work, though not until 10 a.m. to give plows more time to work.

The plows were expected to get help from the weather: Temperatures in southeastern Wyoming were forecast to reach the upper 30s Thursday and the upper 50s this weekend.
In Denver, officials braced for flooding when the nearly 30-inch mantle of heavy, wet snow began to melt. The temperature there was expected to reach 40 on Thursday and 50 by Saturday.

Colorado and Wyoming needed the moisture after months of drought. ''We've had such a terrible drought, and this will help with our water situation,'' said Rep. Mark Udall, D-Colo., who was stranded near the Denver airport.

CNN reported that Denver has received a record 53 inches of snow in 5 days.

The northbound lanes of Interstate 25 were closed at Wellington, about 20 miles south of the Wyoming border. Forecasters said heavier snow was likely to come Tuesday night or Wednesday -- welcome news to the drought-parched state.

"They'll be working through the night and probably tomorrow night," Steve Fitzgerald, a spokesman for the Colorado Department of Transportation, said late Monday.

At Denver International Airport, snow-removal crews were told to be prepared to work 12-hour shifts.

Weather-related power failures in Denver Monday night forced the cancellation of a Cher concert at the 20,000-seat Pepsi Center when the electricity went out for 33 minutes. Xcel Energy said about 10,000 customers scattered across the Denver area were without electricity.

By Monday night, 11 inches of snow had fallen in the San Juan Mountains of southwestern Colorado. Estes Park, at the eastern edge of Rocky Mountain National Park, had eight inches. The foothills west of Denver also had eight inches.

Colorado endured its driest year on record in 2002, and the mountain snows that account for about 80% of the water in the state's lakes and rivers stood at about 85% of average last week.

"We could get a month's worth of precipitation in a couple of days or even see an historic storm. And this is not the only storm we are going to get in the next week or two," atmospheric scientist Klaus Wolter said.

Winter storm warnings were in effect across most of Wyoming -- except the northwest mountains -- while winter weather advisories were issued in the Rock Springs, Rawlins and Laramie areas.

Meteorologist Chris Jones said the weather -- though dangerous -- was typical of early spring in Wyoming.

"It's not rare for us to get something like this in March, especially with the high water content," he said. "We tend to get more Pacific weather at this time of year."

Six inches of snow had fallen in Sinks Canyon by late afternoon with 4 inches in Lander, 2 inches in Thermopolis and less than an inch in Kaycee.

High wind was also reported, with speeds between 30 and 40 mph possible in many areas. A gust of 58 mph was reported on Interstate 25 between Buffalo and Kaycee Monday evening, Jones said.

According to the National Weather Service, nearly one-third of people killed in winter storms died in vehicles from exposure.

Meteorologists warned motorists to stay in their vehicles if they become stranded and remain visible to rescuers by keeping their overhead lights on and attaching a brightly colored cloth to their antennas. Make sure ice and snow do not block your exhaust and do not run your engine more than 10 minutes every hour, officials said. 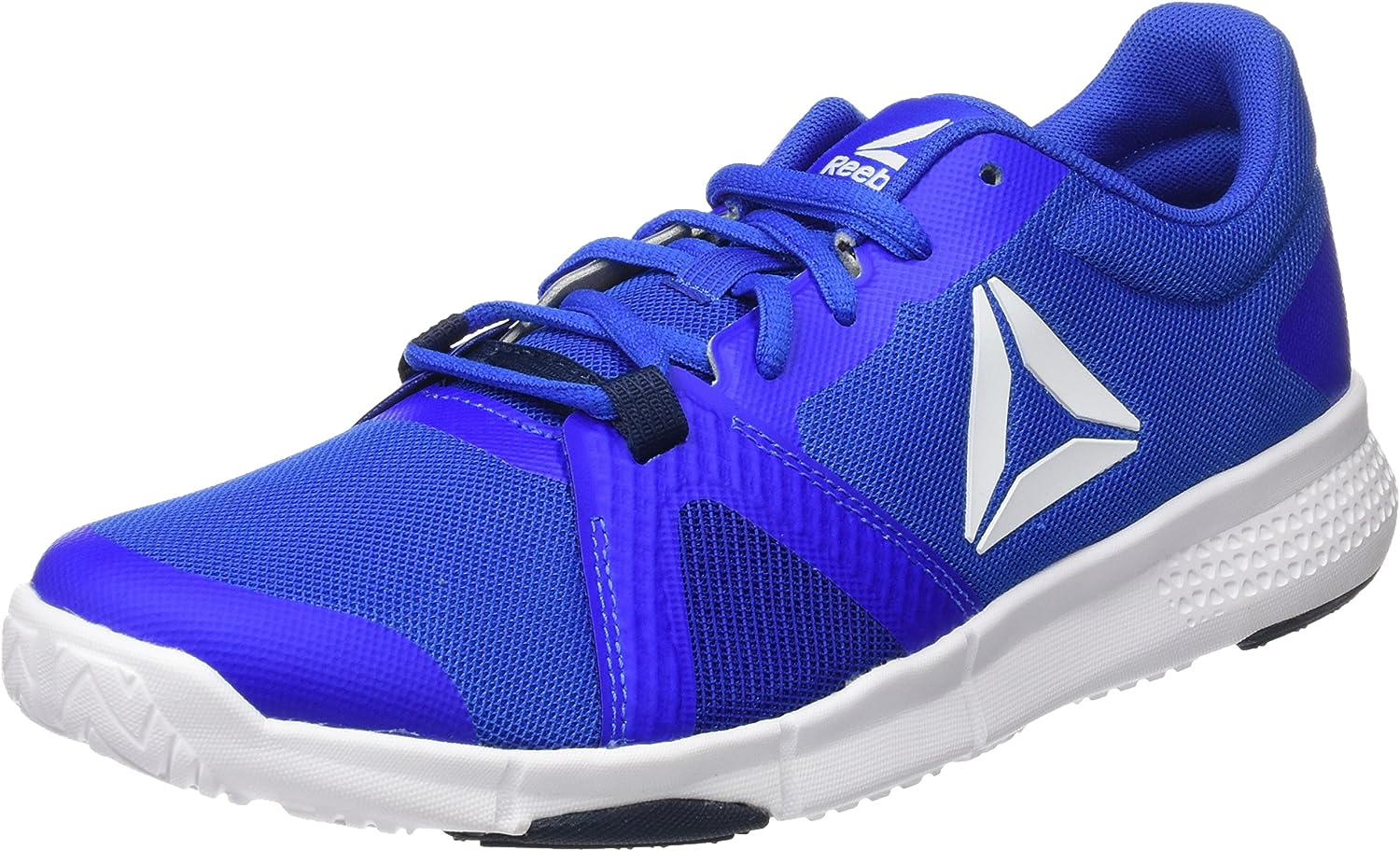 Gov. Bill Owens' spokesman, Dan Hopkins, said the storm may be the worst to hit metropolitan Denver in 20 years.

Officials in both states warned residents to stay home unless absolutely necessary, and there was limited sympathy for stranded motorists.

''We're not Triple A, and we're not equipped to help people who are stuck,'' Officer Dave Padilla said in Cheyenne, Wyo.

Southeastern Denver had gotten 29 inches of snow by early Wednesday, and Boulder, 38 inches. Cheyenne was up to 18 inches by morning, and its 16 inches on Tuesday set a record for the date. More snow -- perhaps 6 inches -- was on the way.

''A good storm lasts a day,'' said National Weather Service meteorologist Kyle Fredin. ''This will be a three-day storm.''

Denver's streets were empty at morning rush hour, save the occasional bus or commuter with 4-wheel-drive. Offices, stores and even the coffee shops were closed. Snowplows fought to stay ahead of the heavy, wet snow -- more troublesome than Colorado's signature skier's powder.

May said he thinks this storm was worse than the ''Christmas blizzard'' of 1982, which paralyzed the Mile High City for two days. ''It was fluffier stuff,'' he said.

Stacey Mittelstadt, a Casper, Wyo., teacher, was stuck in Billings Logan International Airport in Montana on her way home from a conference in Phoenix. She said she considered renting a car or taking a flight to Salt Lake City for a possible connecting flight to Casper but thought better of it.

On Tuesday, two Frontier Airlines jets full of passengers turned around mid-flight to return to San Francisco and Los Angeles.

''At some point, Mother Nature calls the shots, and she's giving us a pretty good punch right now,'' Snyder said.

Strong wind whipped the snow horizontally, sweeping many areas bare and piling up 10-foot drifts across roads, at the end of driveways and behind cars.

Residents were advised not to travel in Cheyenne, where the wind-driven snow forced all state offices, schools and the Postal Service to close. F.E. Warren Air Force Base was closed to all but essential personnel.

Yhe heavy, wet caused the roof of a 25,000-square-foot warehouse in Denver to collapse, the fire department said. No injuries were reported.

The snow was good news for the Colorado water supply. Last year was the state's driest on record, and the mountain snowpack -- which accounts for four-fifths of the water in the state's lakes and rivers --stood at about 85 percent of average last week.

''We are very grateful. We're very glad to see it. The snow that we've received has brought us to just about normal,'' said Trina McGuire-Collier, spokeswoman for Denver Water.